In December of 1926, a lot was acquired at our present location. The original plan called for an upright structure with the Sunday School room above the church auditorium. The site, however, had earlier been a pond used in the 1904 World’s Fair, and it was found necessary to abandon the original plan in favor of a spreading structure. Therefore, a second adjoining lot was acquired.

The architectural firm of Aegeter and Bailey, St. Louis, was selected to design the church and the St. Louis firm of Humes-Deal Company to supervise the work as general contractors. 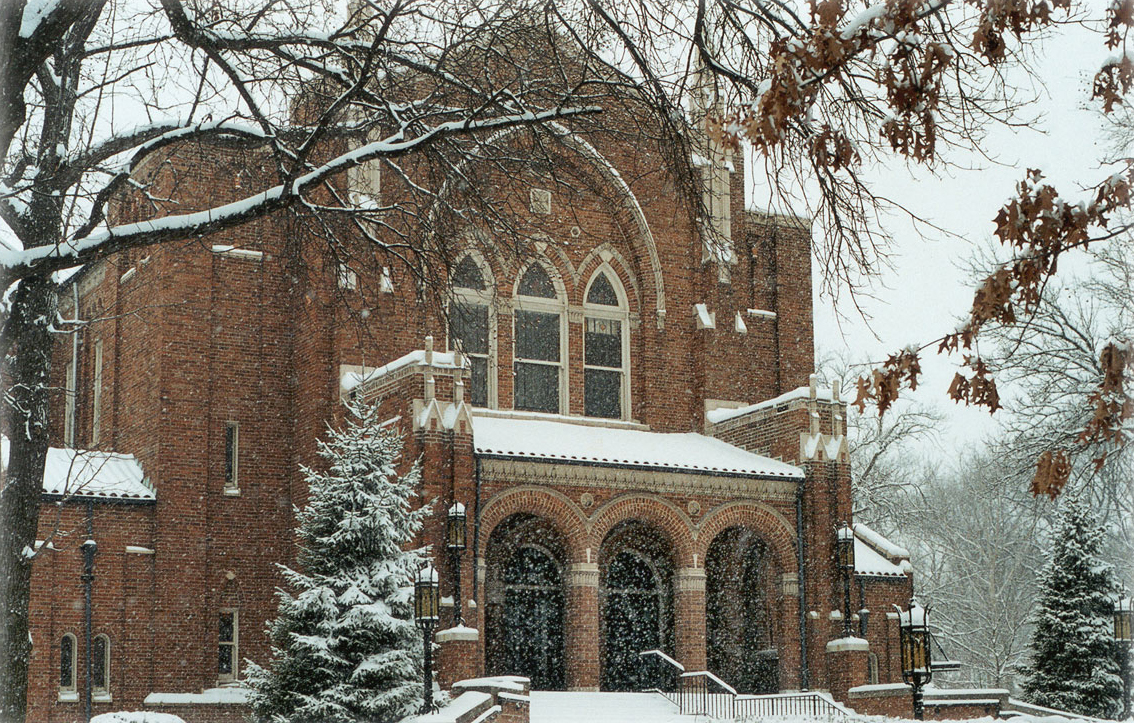 We also share the fully reproduced pamphlet What Hath God Wrought!, an account of early church and organization growth and dedication in St. Louis and St. Louis County, Missouri.

The use of Dorr & Zeller Hall continued until the fall of 1929. On October 21, the first service in our new edifice was held in the Sunday School room. The first service in our auditorium was on Thanksgiving Day, November 27, 1930. Dedication of Eighth Church took place on March 12, 1944. At the time of dedication a small printed folder was distributed from which the following is quoted:

The purpose of a Christian Science church is set forth on page 17 of the Church Manual by Mary Baker Eddy – “ . . . to organize a church designed to commemorate the word and works of our Master, which should reinstate primitive Christianity and its lost element of healing.”

The achievement is evidence of deep devotion to God’s service and an outward sign that the members have risen above fear and limitation through their better concept of the true church.

In Malachi, we read, “Bring ye all the tithes into the storehouse . . . saith the Lord of hosts.”

May we each bring tithes of prayer, gratitude and service so that this “Structure of Truth and Love” will draw all men to hear this message of the Christ-Truth which has been given to mankind by our beloved Leader, Mary Baker Eddy.